Vergil Ortiz, Jr. and Michael “The Problem” McKinson are set to collide on Saturday, August 6. The 12-round fight for Ortiz, Jr.’s WBO International Welterweight title will stream live, worldwide, exclusively on DAZN. Below are what Vergil and Oscar had to say about the upcoming.

VERGIL ORTIZ, JR., WBO INTERNATIONAL WELTERWEIGHT CHAMPION: – “I always train to go the distance in every fight. I don’t go into the ring looking for the knockout. If the opportunity comes to finish the contest with a knockout, I will take it.

“I would love to fight at the very least three times this year. After this fight, get back in the ring as soon as possible stay active. That’s how I feel, the sharpest.

“My dad has been training me the whole time alongside Hector Beltran. He’s the one that is always on my a** making sure that I am doing everything right. Now that we have added Manny Robles to the corner, he brings experience and a different point of view. He’s taken fighters like Oscar Valdez and Andy Ruiz to world title fights, and hopefully, we can do the same.” 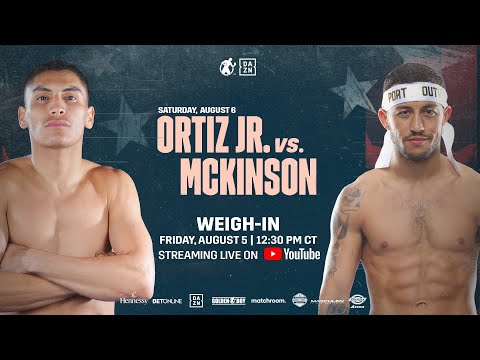 “As a promoter, we have to knock on a lot of doors to get our fighters a fight, and it’s a dream come true when fighters like Michael McKinson want to face one of our guys. Vergil is in a very unique position, being 18-0, 18KOs. World champions know that he’s dangerous; world champions know that if they get in the ring with him, there will be a huge possibility that they are going to lose. So it surprised me that McKinson was knocking on Vergil’s door, on our door. It just goes to show you that when you are fighting at this level, you are going to cross paths with great fighters who want to fight the best. 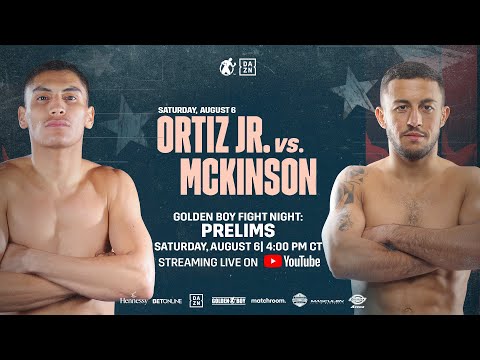 Conlan: Rematch With Me Probably Biggest Fight Out There For Wood, Seems Unlikely