Knockout CP Freshmart defended his WBA title for the sixth time with a unanimous decision over Byron Rojas.

Next up is strawweight. As always, please enjoy the debate and respect other people’s opinions.

THE PAST: Freshmart is the longest active reigning world champion, having annexed the WBA title from Byron Rojas (UD 12) in June 2016. The 31-year-old has made 11 defenses, turning back the challenges of Rey Loreto (UD 12), Chaozhong Xiong (UD 12), Rojas (UD 12), Robert Paradero (TKO 5) and, in his most recent fight, former long-reigning WBC titleholder Wanheng Menayothin (UD 12).

THE FUTURE: Tabbed to defend his title in October.

THE PAST: Freshmart won several regional belts before claiming the WBC title by unseating long-reigning countryman Wanheng Menayothin in November 2020. The 31-year-old Thai has successfully defended his title by defeating Danai Ngiabphukhiaw (UD 12) and Menayothin (UD 12) in a rematch.

THE FUTURE: Will face Tsubasa Koura in Thailand on August 31.

Masataka Taniguchi (left) on the attack against Hizuki Saso. Photo by Naoki Fukuda

THE PAST: Taniguchi learned on the job, dropping close decisions to Reiya Konishi (MD 10) and Koura (MD 12) before also coming up short against then-WBO boss Vic Saludar (UD 12). Since then, Taniguchi, 28, has gone from strength to strength, claiming the Japanese national title before upsetting Wilfredo Mendez via 11th round stoppage to claim WBO laurels. In his first title defense, he stopped compatriot Kai Ishizawa (TKO 11).

THE FUTURE: Nothing scheduled at the moment, but will likely defend his title in the fall.

THE PAST: Menayothin claimed the WBC title by stopping Oswaldo Novoa (TKO 9) in November 2014. He made 12 successful defenses, defeating the likes of Saul Juarez (UD 12), Tatsuya Fukuhara (UD 12, Technical Dec. 8) and Pedro Taduran (UD 12) along the way. However, time caught up with the 36 year old, who lost twice to Petchmanee (UD 12, UD 12), and most recently, to WBA titlist Knockout CP Freshmart (UD 12).

THE FUTURE: Retirement may be imminent.

THE PAST: Mendez shocked Vic Saludar (UD 12) to win the WBO title. The 25-year-old southpaw made two defenses against Axel Aragon Vega (Tech. Dec. 7) and Gabriel Mendoza (TKO 9) before losing to Masataka Taniguchi (TKO 11). “Bimbito” returned with a win earlier this year.

THE FUTURE: Likely to fight a couple of confidence boosters while working his way back into the world title picture. 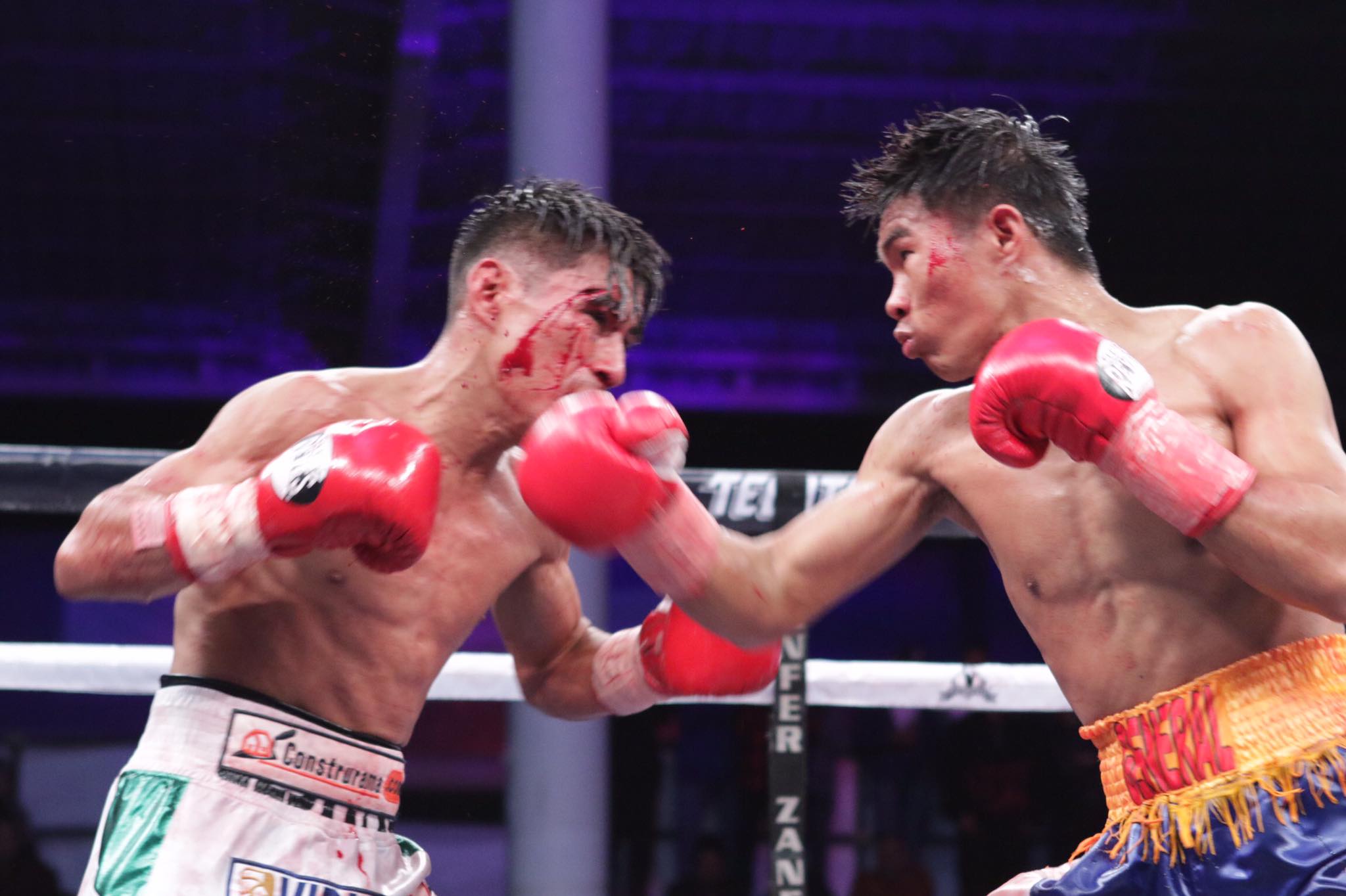 THE PAST: After winning his first 11 fights, Valladares was out-hustled by journeyman Genaro Rios (MD 8). He rebounded to score a pair of impressive wins over former WBO strawweight titlist Merlito Sabillo (TKO 7) and snap Christian Araneta’s unbeaten record (RTD 4). His fight with then-IBF beltholder Pedro Taduran was shaping up nicely when the Mexican was cut and the contest ended in a technical draw. The 28-year-old lost his way, losing back-to-back fights before righting the ship and edging past Cuarto (SD 12) to claim the IBF title.

THE FUTURE: Due to the controversial nature of the Cuarto win, a rematch is likely.

THE PAST: After turning pro at 17, Cuarto suffered an early setback though later avenged the defeat. The Filipino lost to compatriot Samuel Salva (UD 12) in an IBF title eliminator but was able to work his way back and claim the IBF title by edging past Pedro Taduran (UD 12/ Tech Dec. 7). However, he lost that title to Valladares (SD 12) in controversial fashion.

THE FUTURE: Hoping for a second fight with Valladares.

THE PAST: Shigeoka lost just once in his amateur career but it wasn’t a conventional loss. The defeat came against his elder brother, Yudai, in the final of the Kumamoto prefecture final. Both brothers, their father, and their coach agreed that the bout should not take place and it was decided that Ginjiro would not fight. As soon as the opening bell rang, his corner threw in the towel. Shigeoka has continued to impress since turning pro in September 2018. He stopped former world title challenger Rey Loreto (KO 5). Had it not been for the pandemic, the diminutive 22-year-old southpaw may have already won a world title.

THE FUTURE: The brightest young star in the division would be a great addition to the New Years’ Eve show in Japan. 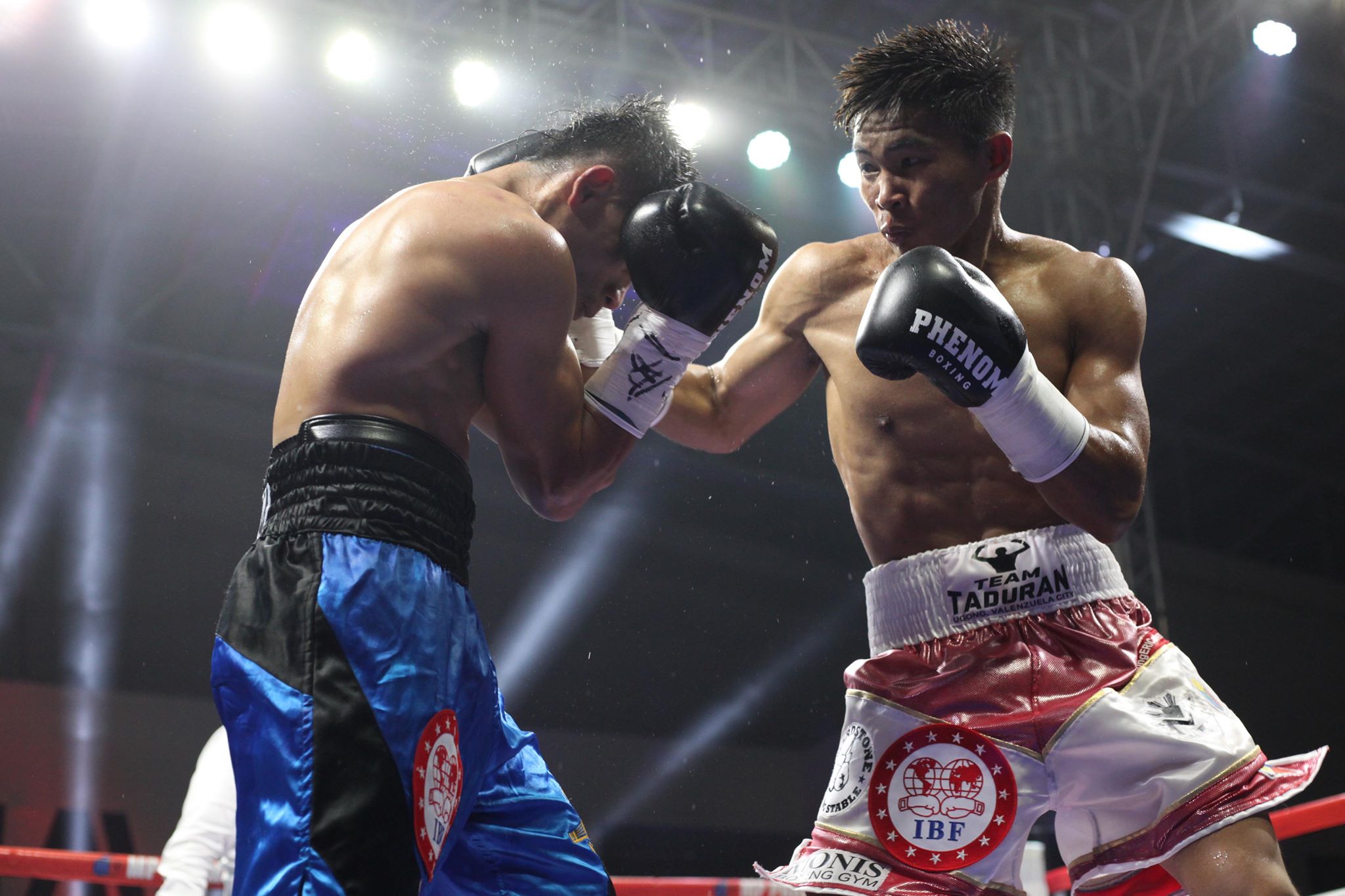 THE PAST: The big-punching Filipino learned on the job, dropping a decision to Wanheng Menayothin (UD 12). However, he displayed his credentials when he stopped well regarded Samuel Salva (RTD 4) to pick up the vacant IBF crown. In his lone defense, opponent Valladares was cut and the fight was brought to a premature conclusion and declared a fourth-round technical draw. Taduran dropped the title to his countryman Cuarto (UD 12) and lost the rematch (Tech Dec. 7).

THE FUTURE: Waiting to see how things shake out between Valladares and Cuarto.

THE PAST: Won five national titles and had dreams of representing Japan at the 2020 Tokyo Olympics. However, when his weight class was expunged, he elected to turn professional in October 2019. Although not quite as highly regarded as his younger brother he is still an excellent fighter with a bright future. He had a career-best win when he edged the more experienced Tsubasa Koura (MD 12) last November.

THE FUTURE: Will face Tatsuro Nakashima for the vacant Japanese title on November 17. All being well he will target a world title opportunity in 2023.