Next up is junior lightweight. As always, please enjoy the debate and respect other people’s opinions.

THE PAST: The 2016 Olympic silver medalist didn’t turns heads early, but when he adapted to the professional game, his star quickly ascended. Stevenson shut down the previously unbeaten Joet Gonzalez (UD 12) to claim the vacant WBO featherweight title. He immediately moved up to 130 pounds and was awarded The Ring Performance of the Year for dominating and stopping WBO titlist Jamel Herring (TKO 10). Has since added The Ring and WBC titles by outclassing the previously unbeaten Oscar Valdez (UD 12).

THE FUTURE: Will defend his titles against Robson Conceicao before hometown fans in Newark on September 23.

THE PAST: Valdez was a standout amateur, appearing at the 2008 and 2012 Olympics, and winning bronze at the 2009 World Championships. The Mexican star claimed the vacant WBO featherweight title by blasting out Matias Rueda (TKO 2), in July 2016, and made six defenses. Notable triumphs came against Miguel Marriaga (UD 12) and Scott Quigg (UD 12) before the move to 130. Valdez scored a career-best win when he knocked out Miguel Berchelt (KO 10) for the WBC title. The 31-year-old made one successful defense, struggling to get past Robson Conceicao (UD 12) before losing to Stevenson (UD 12).

THE FUTURE: Nothing scheduled, but is likely to return later this year or in early 2023.

THE PAST: The Dominican Republic native represented his country at the 2016 Olympics. Fought largely at home as a pro before upsetting the touted Chris Colbert (UD 12) in Las Vegas earlier this year. He has since bested Roger Gutierrez (UD 12) to pick up the WBA title.

THE FUTURE: The 30-year-old southpaw said he’d like to face Stevenson in a unification bout, but that looks unlikely due to promoter and network allegiance. More likely to defend his title on Showtime later this year/ early next year.

THE PAST: A division danger man, the Tajikistan native stopped former world titleholder Malcolm Klassen (TKO 8) and longtime gatekeeper Robinson Castellanos (TKO 2). Rakhimov traveled to South Africa for an IBF eliminator and rallied from behind to stop Azinga Fuzile (TKO 8). The 28-year-old southpaw held Joseph Diaz to a draw when he fought for the IBF title in February 2021. He’s fought just once since, marking time against a journeyman.

THE FUTURE: Rakhimov is the IBF mandatory challenger and will face titleholder Joe Cordina on Nov. 5.

THE PAST: The Brazilian fought at the 2008 and 2012 Olympics before winning gold at the 2016 Rio Games. Worked his way through the ranks as a professional and gave then-WBC titlist Oscar Valdez fits before losing a contentious 12-round unanimous decision. Has rebounded strongly, taking Xavier Martinez’s unbeaten record by lopsided 10-round decision.

THE FUTURE: Will meet Stevenson on September 23.

THE PAST: Cordina had an extensive amateur career, competing at the 2011, 2013 and 2015 World Championships. The Welshman claimed gold at the 2015 European Championships and represented Team GB at the 2016 Rio Olympics before turning professional. Cordina, 30, captured Commonwealth and British lightweight titles before dropping down in weight. Came of age when he spectacularly knocked out IBF titleholder Kenichi Ogawa (KO 2) in June.

THE FUTURE: Will defend against Rakhimov on Nov. 5. 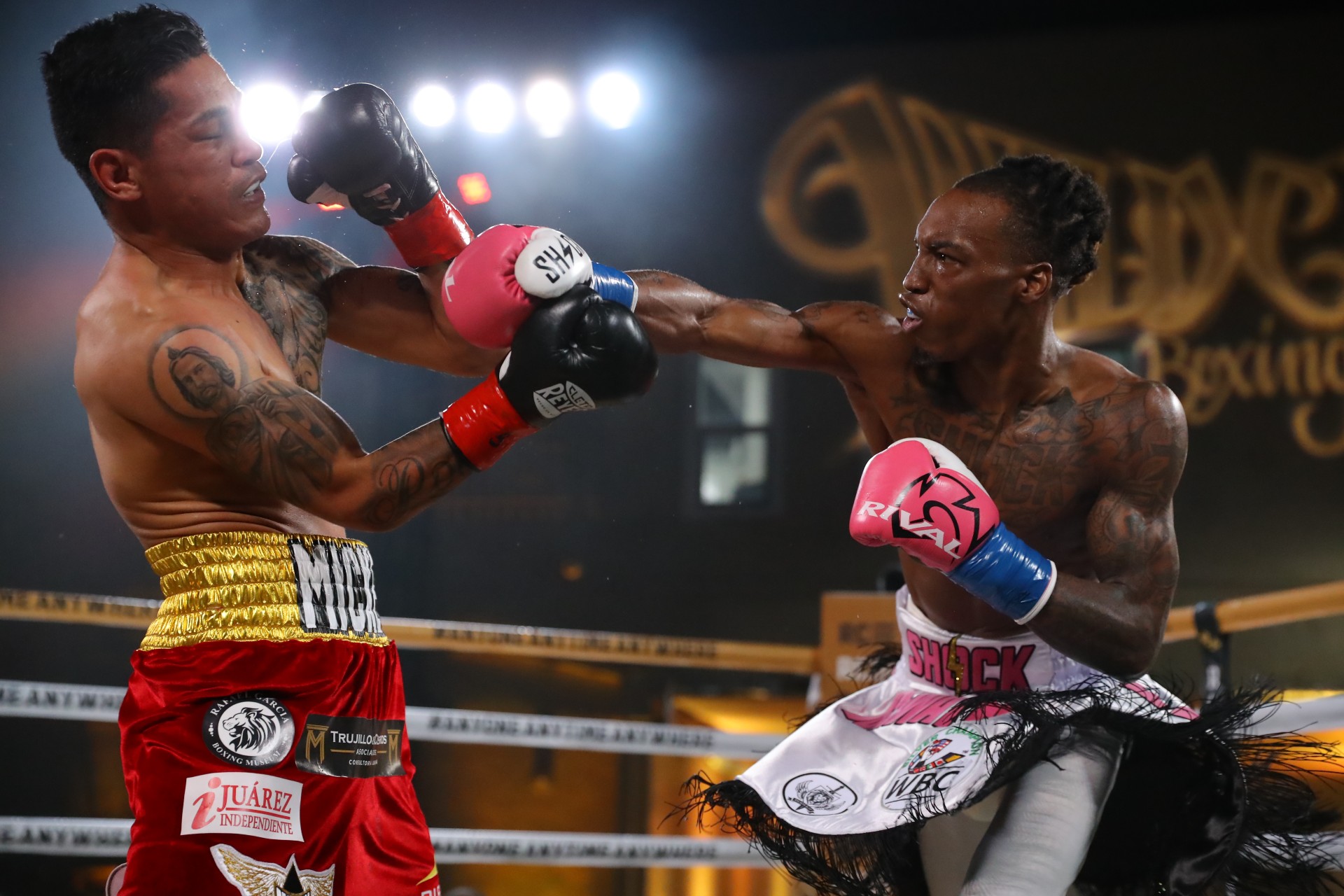 THE PAST: Foster lost twice early in his career at lightweight against Samuel Teah (UD 8) and Rolando Chinea (SD 8). However, the 28-year-old Houston native found his stride at 130 and is unbeaten in nine fights over the past six years. During that period, Foster took the unbeaten record of Jon Fernandez (UD 10), stopped grizzled former world title challenger Miguel Roman (KO 9) and, more recently, dominated Muhammadkhuja Yaqubov (UD 12).

THE FUTURE: Won a WBC title eliminator and could be in line to face Stevenson next year.

THE PAST: Gutierrez worked his way up through the ranks in his native Venezuela before losing to battle-hardened Rene Alvarado (KO 7) on his U.S. debut. Also suffered losses to unbeaten prospects Hector Tanajara (UD 8) and Oscar Duarte (RTD 4) at lightweight. After getting back in the win column at home, Gutierrez dropped down to 130 and upset the previously unbeaten Eduardo Hernandez (KO 1). Went on to beat Alvarado in a rematch (UD 12) to claim the WBA title, then won the rubber match by 12-round unanimous decision. The 27-year-old recently lost the title to Hector Garcia (UD 12).

THE FUTURE: Having lost his title, he’ll have to get back in the win column and make another title run.

THE PAST: The heavy-handed Japanese fighter won the national title and made five successful defenses. Was initially handed a controversial decision win over Tevin Farmer in a vacant world title bout, but the result was changed to a no-contest when Ogawa tested positive for a banned substance. He worked his way back up the rankings before defeating Azinga Fuzile (UD 12) for the vacant IBF title. Lost to Joe Cordina (KO 2) in his first defense.

THE FUTURE: Nothing in the works, but could target Japanese and OPBF titles to strengthen his position. 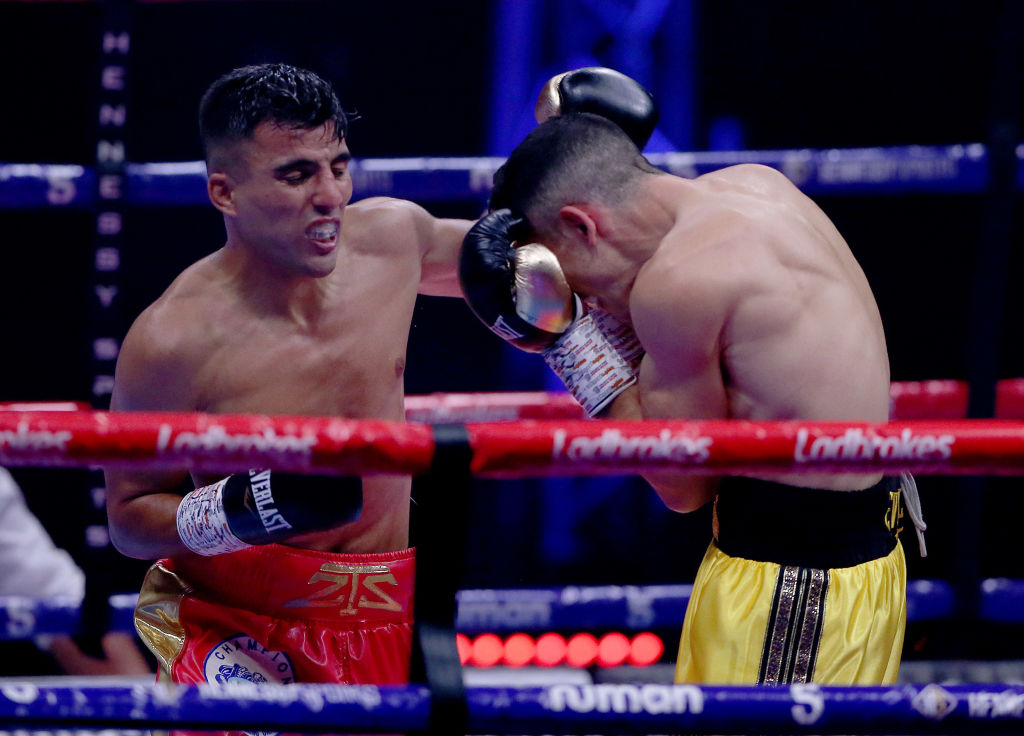 THE PAST: The Frenchman toiled away in Europe and learned from loses to future lightweight titleholder Richard Commey (UD 10) and Guillaume Frenois (UD 12). Impressively won the European championship at the second time of asking when he stopped Juli Giner (TKO 6) in Spain. Retained the title by beating Faroukh Kourbanov (UD 12) and stopped Alex Dilmaghani (TKO 12) in a classic. Unfortunately, injury has hindered his momentum. He has fought just once since and had to vacate his prized European title.

THE FUTURE: Scheduled to fight Bruno Tarimo in France on November 19.

THE PAST: Ramirez failed to make weight for an IBF featherweight title shot against Lee Selby and lost a 12-round unanimous decision. The Mexican then stopped Bryan De Gracia (KO 9) before suffering a setback against Claudio Marrero (UD 12). Ramirez has won five fights since against solid opposition: Miguel Flores (TKO 5), former world title challenger Miguel Marriaga (UD 10) and, in his most recent outing, Luis Melendez (MD 10).

THE FUTURE: Stepping up to lightweight to face Isaac Cruz on September 4.

Ruiz: Wilder Would Be An Amazing Fight; Not Overlooking Ortiz, But Easy To Make

Duke McKenzie: “The greatest gift you can give anybody is your time”

Duke McKenzie: "The greatest gift you can give anybody is your time"

The Thrilla in Manila: 14 rounds of pure hell

The Beltline: Fury vs. Charr is either a practical joke or an example of karma and retribution