Heavyweight contender Arslanbek Makhmudov (15-0, 14 knockouts) had to dig deep to turn back the valiant effort of former title challenger Carlos Takam (39-7-1, 28 KOs) by 10-round unanimous decision, at Montreal Casino, on Friday.

Makhmudov, who entered the fight with 10 first-round knockouts in 14 fights, scored two knockdowns and was awarded the decision by the scores of 97-91 and 96-92 twice.

The giant Canadian-based Russian threatened to end matters in the opening minute when he hurt Takam with the first meaningful punch and then dropped him moments later. However Takam rose and threw some wild shots that kept Makhmudov from going for the knockout.

Makhmudov landed a clean right hand that Takam took well early in the second round. The Las Vegas-based Takam found a way to get under the taller Makhmudov and make things ugly but also had his own success landing big left hands.

By the mid-rounds, the pattern appeared to change. Takam worked himself into the fight and looked dangerous. Smelling blood, the two exchanged punches in the seventh but Makhmudov got the better of things droppping Takam to the canvas. Again, Takam made it to his feet and before the action could continue, the bell sounded to end the round.

Over the next couple of rounds, both men continued to look for that one shot, not really looking to use the jab and establish a rhythm. They ended the ninth with a wild exchange in Makhmudov’s corner.

Round 10 was very exciting with both combatants knowing the fight was close, looking for that one punch that could turn the fight their way.

Ultimately Makhmudov got the win but was made to work for it in, by far, his toughest test to date. Makhmudov got hit more in this fight than in all of his career put together. However it appeared to serve as a valuable learning curve. 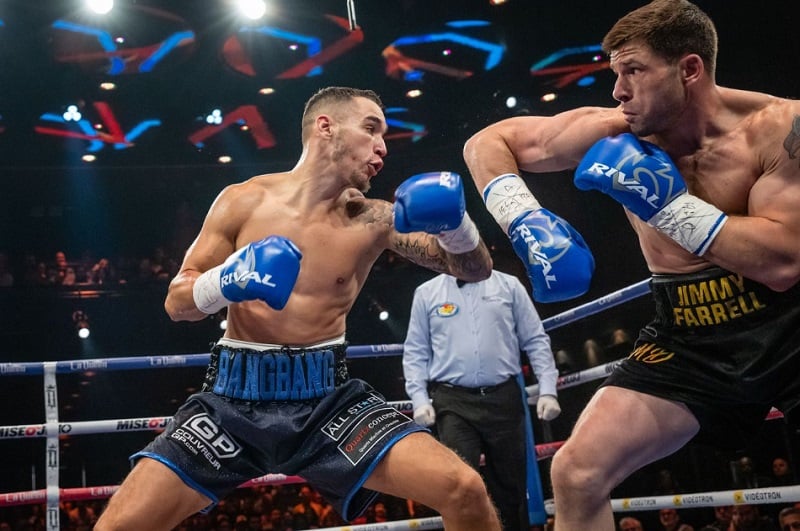 The two traded on even terms in the opening round before Butler showed his vaunted power, dropping DeLuca with a right hand midway through the second round. Although DeLuca (28-4, 16 KOs) made it to his feet, he wobbled and referee Steven St. Germain erred on the side of caution and stopped the fight at 1:59. 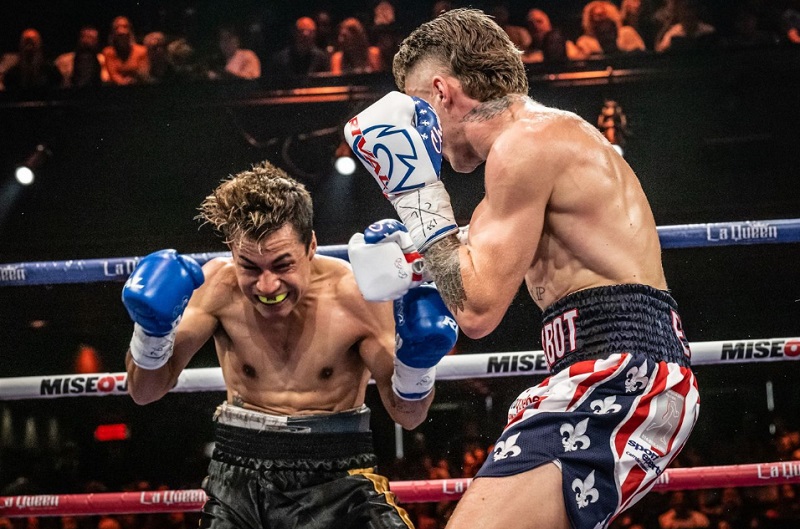 Junior lightweight Thomas Chabot didn’t waste any time dropping Armando Ramirez in the opening round and then twice more in the second round to get the stoppage at 1:24 of Round 2. The 22-year-old is an exciting fighter and moved to (7-0, 7 KOs), while Ramirez drops to (3-2). 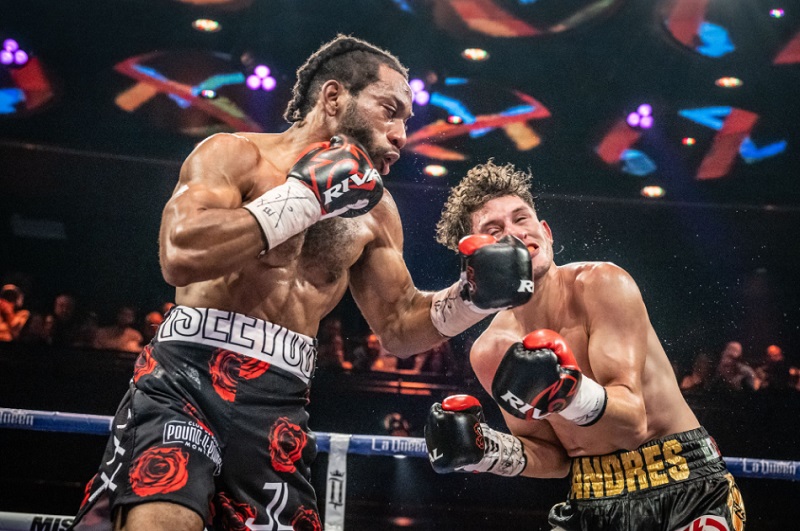 Jean-Gardy Francois (3-0, 2 KOs) stayed unbeaten with a four-round unanimous decision over game Mexican Andres Sanchez Ramirez (4-5-3, 2 KOs) in a junior lightweight bout. Francois had to hold off the aggressive Sanchez Ramirez and the action got heated at times. Francois was awarded the decision by scores of 40-36 twice and 39-37. 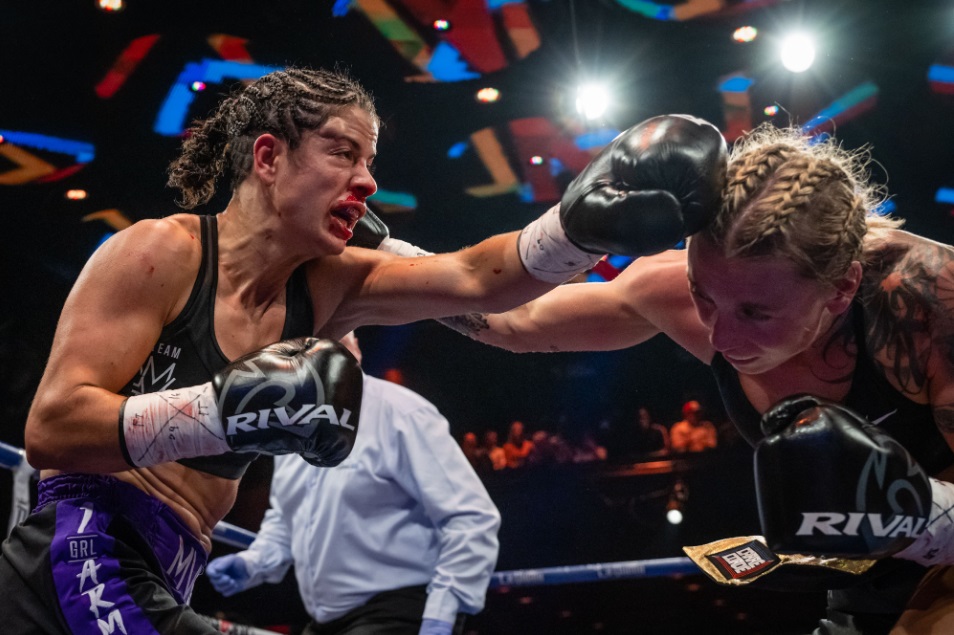 In an action-packed featherweight contest, Emma Gongora (5-2) dropped Martine Vallieres Bisson (5-2, 1 KO) in the second round. The 29-year-old French lady looked to have things in hand, bloodying Bisson’s nose in the third round. However overzealous referring from Martin Forest, who took two points from Gongora, one in the third and another in the sixth round, closed the gap on the scorecards and left an element of doubt. Ultimately it didn’t matter and Gongora was awarded the six-round unanimous decision by the scores of 58-54 and 57-54 twice. 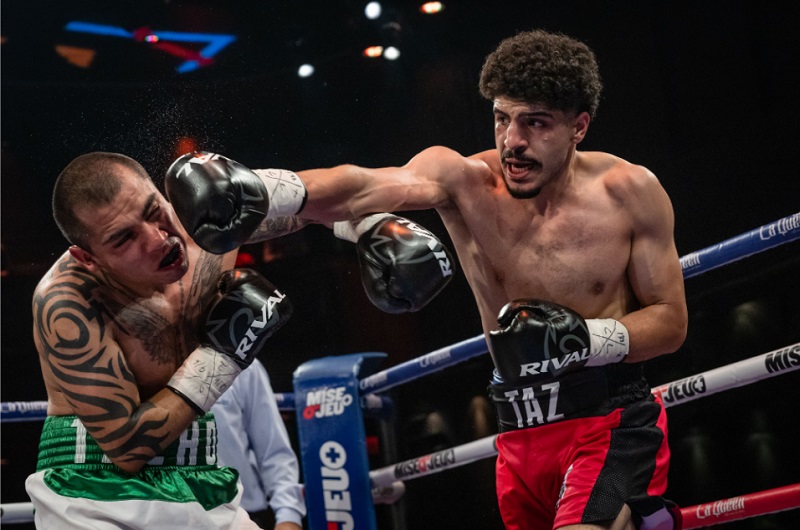 YOU MAY HAVE MISSED:

BN Verdict: An odd mix of boos and a standing ovation aptly concludes the Canelo-GGG rivalry in Las Vegas

BN Verdict: An odd mix of boos and a standing ovation aptly concludes the Canelo-GGG rivalry in Las Vegas

The Beltline: Tunde Ajayi, a white towel, and one of the finest corner stoppages in recent memory