Alvarez retained his Ring/WBC/WBA/IBF/WBO 168-pound titles with a UD over his arch rival. Photo by Ed Mulholland/Matchroom

Next up is super middleweight. As always, please enjoy the debate and respect other people’s opinions.

THE PAST: Canelo boasts the best resume in boxing today: Shane Mosley (UD 12), Austin Trout (UD 12), Erislandy Lara (SD 12), Miguel Cotto (UD 12), Gennadiy Golovkin (MD 12/ D 12/ UD 12), Daniel Jacobs (UD 12), Sergey Kovalev (KO 11), Callum Smith (UD 12), Billy Joe Saunders (RTD 8) and Caleb Plant (TKO 11). The 32-year-old is a modern day great has captured world titles at junior middleweight, middleweight, super middleweight and light heavyweight. Rebounded from a loss to Dmitry Bivol (UD 12) to complete the trilogy against Golovkin. However, the win may have come at a cost, it appears Canelo may require surgery on his hand and may not fight until next May.

THE FUTURE: Has openly spoken about seeking revenge against Bivol. As boxing’s cash cow, he can pick and choose what he wants to do next having completed his two-fight deal with Matchroom and DAZN.

THE PAST: Benavidez is an offensive beast; physically imposing with impressive power. He became the youngest fighter to win a super middleweight world title when he edged past Ronald Gavril (SD 12) to collect the WBC title. Beat Gavril (UD 12) much more comprehensively in a rematch. The Arizona native was busted for cocaine use and stripped of the title. Benavidez impressively regained the belt from Anthony Dirrell (TKO 9). However, missed weight in his first defense and lost the belt at the scale. The 25-year-old has fought three times since, notably demolishing former middleweight titlist David Lemieux (TKO 3).

THE FUTURE: Has called for a fight with Canelo for a while but will have to satisfy himself by returning on December 3.

THE PAST: Plant was a solid amateur and was an alternate for the 2012 U.S. Olympic team. As a professional, he quietly went about his business until his big moment came against IBF titleholder Jose Uzcategui (UD 12). “Sweethands” made three defenses, easily beating Mike Lee (TKO 3), thrilled his hometown fans by putting on a clinic against Vincent Feigenbutz (TKO 10) and whitewashing former titleholder Caleb Truax (UD 12). Lost his title when he faced Canelo Alvarez (TKO 11) when they met to decide the undisputed champion.

THE FUTURE: Faces Andre Dirrell in a WBC eliminator on October 15.

THE PAST: Inspiring cancer survivor defeated Sakio Bika (UD 12) to claim the WBC title but lost it to Badou Jack (MD 12) in his first defense. Stayed in the title hunt with five wins before besting Avni Yildirim (TD 10) for the vacant WBC title that had been stripped from Benavidez. When Benavidez returned to action, he reclaimed the title at Dirrell’s expense. The 37-year-old showed signs of slippage only drawing with Kyrone Davis (UD 12) but then found some form knocking out Marcos Hernandez (TKO 4).

THE FUTURE: Will face Plant in a crossroads fight on October 15.

In his most recent fight, David Benavidez (left) knocked out David Lemieux in three rounds. (Photo by Esther Lin/Showtime)

THE PAST: Ryder lost three British title attempts before coming good against Patrick Nielsen (KO 5), Jamie Cox (KO 2) and Bilal Akkawy (TKO 3) to earn a shot at Ring Magazine champion and WBA titleholder Callum Smith. Although he lost a contentious decision, his performance did more for him than any of his wins. The 34-year-old Brit stayed active ticking over with two stay busy fights before edging past former middleweight titlist Daniel Jacobs (SD 12).

THE FUTURE: Apparently in talks to face Jaime Munguia. If the deal is consummated the pair will meet on October 29.

THE PAST: Mbilli represented France at the 2016 Olympics, losing to eventual gold medalist Arlen Lopez at the quarter-final stage. He moved to Canada, and after taking the usual steps has started to work his way up the rankings impressively dominating Ronald Ellis (UD 10), scoring an eye-catching knockout over former world title challenger Nadjib Mohammedi (KO 5) and, most recently, blitzing DeAndre Ware (KO 2). The all-action fighter has caught the eye and is part of the new breed in the division.

THE FUTURE: Could look to maintain his momentum by returning in December before pursuing for a world title shot in 2023.

THE PAST: Parker came up on the small hall scene in the U.K. Barely edged past Daryll Williams (SD 12) to claim the British title. Dislocated his left shoulder and tore his rotator cuff in the Williams fight forcing him to vacate his title before defending. The heavy-handed 28-year-old has since returned better than ever and worked his way up the WBO rankings. Had been due to face Demetrius Andrade before a shoulder injury saw their May date postponed.

THE FUTURE: A purse bid for the Andrade fight was due on Tuesday but was postponed due to the lingering effects of a hurricane in Puerto Rico where the WBO offices are situated. If all goes according to plan the rescheduled purse bid will take place on Zoom later today.

THE PAST: Won Cuban national titles at various levels before turning professional in 2019. His amateur pedigree has helped him move quickly as a professional and he has already beaten some very solid fighters including Mike Gavronski (KO 3), Alantez Fox (TKO 4) and Kalvin Henderson (TKO 4). Although none of those is elite, the manner in which the 24-year-old southpaw has dominated them suggests he may well be.

THE FUTURE: Has long talked about facing David Benavidez. Whether that is next or not he is likely to fight before the end of the year. 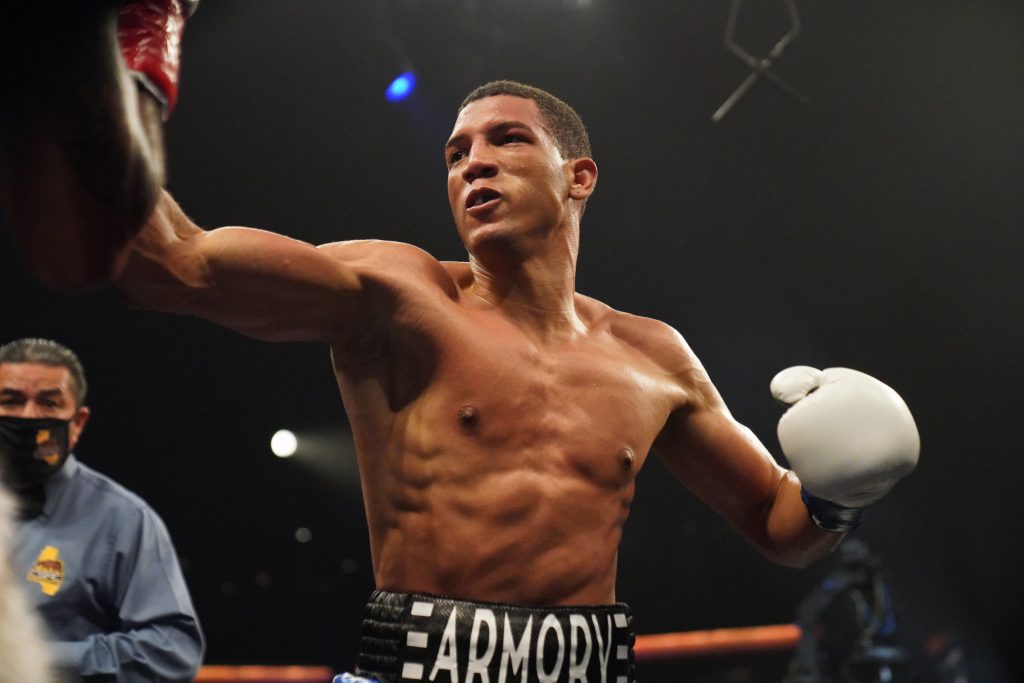 THE PAST: An excellent amateur in Armenia before migrating to Canada and turning professional at 18. He learnt his craft away from the pressures that often follow highly regarded prospects. It’s been a slow burn but he seems to have matured into a well-rounded professional over the past year. He took apart experienced club fighter Scott Sigmon (TKO 2), used a smart boxing brain to beat the much heavier Reinaldo Paniagua (TKO 9) and, most recently, scored a career best win over former world title challenger Marcelo Coceres (UD 10).

THE FUTURE: Most likely returns in early 2023.

THE FUTURE: Not been heard from since he beat Gongora. Has lost that momentum and needs to return soon.

THE PAST: The Russian turned professional in 2016. Since then, he’s managed to show his class by stopping Mohammedi (TKO 10), Ware (TKO 8) and unbeaten Ulises Sierra (UD 10). Dominated once-beaten Sena Agbeko (UD 10) on ShoBox.

THE FUTURE: Not been active, fighting just once in 2021 and once this year. Hopefully can get a fight before the end of the year.

Following the cancellation of Wood vs. Lara, a grudge match between Hughes and Galahad takes centre stage in Nottingham

Following the cancellation of Wood vs. Lara, a grudge match between Hughes and Galahad takes centre stage in Nottingham

BN Verdict: Navarrete and Wilson combine to produce another early “Fight of the Year” contender