Next up is cruiserweight. As always, please enjoy the debate and respect other people’s opinions.

THE PAST: Opetaia was a top amateur in Australia and represented his country at the 2012 Olympics and the 2014 Commonwealth Games before turning pro in 2015. The 27-year-old southpaw claimed the national and OPBF cruiserweight titles and holds wins over middle-level opposition including Mark Flanagan (TKO 8) and Benjamin Kelleher (TKO 6). However, he got his big break when his team where able to bring The Ring and IBF titlist Mairis Briedis to Australia. It was an opportunity Opetaia didn’t let pass. He boxed very well early and held off the Latvian’s late surge to claim a hard-fought 12-round unanimous decision.

THE FUTURE: Will likely defend his title at home once he’s recovered from the broken jaw, he received in his title win.

THE PAST: The 2016 U.K. Olympic representative turned professional in early 2017. “The Sauce” quickly claimed the British, Commonwealth and European championships with wins over Luke Watkins (TKO 3), Matty Askin (UD 12) and Yves Ngabu (TKO 7). The 29-year-old power-puncher stepped up to world-class successfully capturing the vacant WBO title by stopping seasoned former titlist Krzysztof Glowacki (KO 6). He has since made two defenses, blowing away unbeaten mandatory Dilan Prasovic (KO 3) but labored in an ugly fight against Michal Cieslak (UD 12).

THE FUTURE: Running out of time to defend his title in the fall, may have to wait until early 2023.

THE PAST: Briedis became the first Latvian to win a world championship when he outboxed Marco Huck (UD 12) to claim the vacant WBC title. After successfully defending against Mike Perez (UD 12) in the quarter-final of the WBSS, he lost a close encounter against Oleksandr Usyk (MD 12) in a unification bout. Quickly got back to winning ways, signed up for Season 2 of the elimination tournament, and scored wins over Noel Gevor (UD 12) and Krzysztof Glowacki (TKO 3). Beat Yuniel Dorticos (MD 12) in the final to pick up the prestigious Muhammad Ali trophy and Ring Magazine championship. Marked time by easily beating Artur Mann (TKO 3) before dropping his titles to Opetaia (UD 12).

THE FUTURE: The 37-year-old has spoken about moving up to heavyweight. Maybe that comes next or will look to a rematch with Opetaia.

THE PAST: The big-punching Cuban won his first 21 bouts, however, his career lacked direction until he took part in Season 1 of the WBSS. The 36-year-old impressively took out fellow power-puncher Dmitry Kudryashov (TKO 2) and was upgraded to full WBA titleholder before losing a shootout to then-IBF titleholder Murat Gassiev (TKO 12) in a unification bout. Bounced back in Season 2 of the WBSS with a win over Mateusz Masternak (UD 12) and won the vacant IBF title at the expense of Andrew Tabiti (KO 10) but lost in the final to Briedis (MD 12) in September 2020. His career has been blighted by inactivity since, fighting just once.

THE FUTURE: Close to a year of inactivity, needs to get back into action or risk losing his rankings.

THE PAST: The Congo-born lefty worked his way up, scoring impressive wins over Eric Fields (KO 5), Glen Johnson (TKO 9) and Thabiso Mchunu (KO 11) to earn a shot at the vacant WBC title in May 2016. But although he dropped Tony Bellew in the opening round, Makabu let things slip and was stopped in three rounds. The 34-year-old responded by winning seven fights, including two in Russia over Kudryashov (TKO 5) and Alexsei Papin (MD 12). Those triumphs saw him rewarded with a second title opportunity, and this time Makabu edged past Michal Cieslak (UD 12) to capture the WBC title. The power-puncher has defended against Olanrewaju Durodola (TKO 7) before controversially outpointing Mchunu (SD 12) in their rematch earlier this year.

THE FUTURE: Had hoped to face Ryad Merhy but those plans were curtailed and is now on the lookout for another opponent. Wouldn’t be a surprise if he headed to the Middle East to face Badou Jack.

THE PAST: Mchunu has had an up-and-down career but write him off at your peril. He arrived with an upset win over Eddie Chambers (UD 10) but lost to Makabu (KO 11) and Usyk (KO 9) in a world title challenge. Looked like he may fade away after losing narrowly to Tommy Oosthuizen (MD 12) but impressively won a direct rematch by unanimous decision. Mchunu kept things rolling by shocking Denis Lebedev (UD 12) and Evgeny Tishchenko (UD 12) in Russia to earn a shot at Makabu’s WBC title. Although many believed Mchunu deserved to get the nod, he lost a 12-round split decision.

THE FUTURE: After licking his wounds following the controversial loss to Makabu, needs to return and work his way back into a world title fight.

THE PAST: The former kickboxing champion switched to professional boxing in 2015. Papin impressively beat Ismayl Sillah (KO 1) and Alexandru Jur (KO 1). A last round knockdown cost the Russian his unbeaten record against future WBC titlist Makabu (MD 12). The 34-year-old has since won three consecutive fights inside the distance.

THE FUTURE: Due to face unbeaten but largely unknown Damir Beljo in Moscow, Russia on October 29. 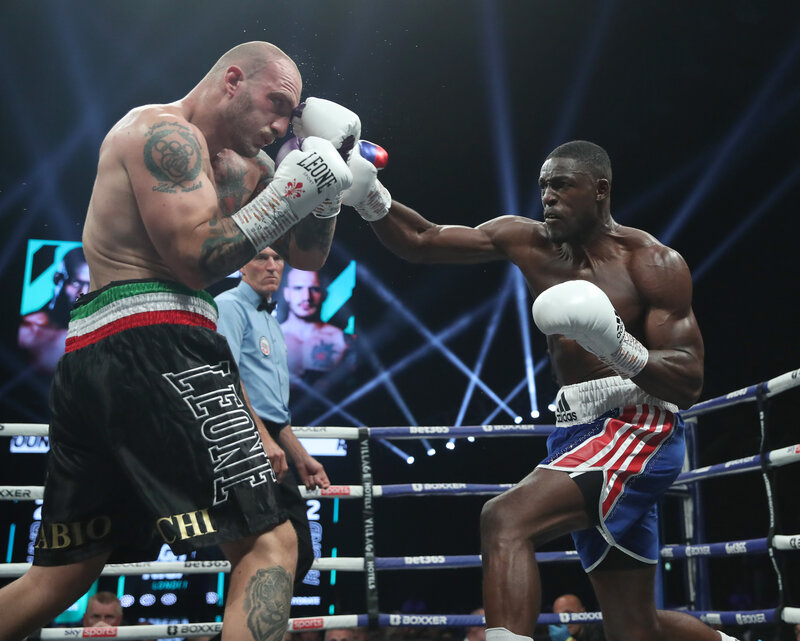 THE FUTURE: Highly ranked with the IBF and may look to force a shot at Opetaia in the New Year.

THE PAST: Masternak turned professional in 2006. The Polish fighter won the European title by outboxing Juho Haapoja (UD 12) but lost it in his first defense to Grigory Drozd (TKO 11). Closes loses to Youri Kalenga (SD 12) and Johnny Muller (SD 10) bookended a win over former unified cruiserweight kingpin Jean-Marc Mormeck (SD 10). Gave a good account of himself but lost to Tony Bellew (UD 12) for his old European title. Reeled off a handful of wins, including a rematch win over Kalenga (TKO 6). Lost a close fight to Dorticos (UD 12) in the opening round of The World Boxing Series but the 35-year-old has since won five fights.

THE FUTURE: Will fight Jason Whateley in an IBF eliminator in Poland on October 29.

THE PAST: Billam-Smith won his first nine fights before tasting defeat for the only time, narrowly losing to Riakporhe (SD 10). The Englishman rebounded strongly collecting the Commonwealth title before claiming the British and European titles by beating Tommy McCarthy (SD 12). Due to the closeness of the first fight, they met in a rematch and Billam-Smith left no doubt stopping McCarthy in eight-rounds. He followed that with a summer win over Isaac Chamberlain (UD 12) in front of his home fans. Vacated the EBU title rather than go over old ground against Dylan Bregeon, who he won a lopsided decision over last winter.

THE FUTURE: Ranked in the top 10 of all four sanctioning bodies as he zeros in on a world title shot.

THE PAST: The Ivory Coast born-fighter won his first 24 contests while fighting almost exclusively in his adopted homeland of Belgium. The 29-year-old lost for the only time in his career when he was stopped by Arsen Goulamirian (TKO 11) in March 2018. He has six fights since: Samuel Clarkson (KO 4), Imre Szello (KO 7) and, most recently, Zhaoxin Zhang (TKO 8).

THE FUTURE: Backed out of a fight with Makabu because he couldn’t make 200 pounds. May look to fight for the WBC bridgerweight title.

Serhii Bohachuk Returns on November 3 at Quiet Cannon in Montebello