Iwata, who is rated No. 10 by The Ring at 108 pounds, enters his first world title fight well-versed in what to expect from the defending champion.

“[Ever] since I heard that I might be facing Gonzalez, I have been studying his fights on video with my trainer, Takahiro Ao, and working on how to hunt him down,” Iwata (9-0, 6 knockouts) told The Ring through Hank Hakoda. “I am getting the hang of my winning strategies, and if I can deploy what we’ve prepared in the fight, I will naturally win the title by knockout.

“Gonzalez had a decorated amateur career, so I would give him credit for his accumulated boxing techniques. He has crafty footwork, and therefore his basic fight plan is to win on points by circling and ducking to nullify his foe’s aggression. On the other hand, I believe my punching power, physical strength and explosiveness are my advantages. I am a way better fighter with offensive prowess than him.

“I assume he will use a lot of footwork, but even if he unexpectedly comes forward, I am prepared to handle him in either situation. I can adapt to whatever style he brings, as I have wide array of backup plans. My fight will be distributed worldwide. This will be an opportunity to develop a new fan base.”

Although this is only Iwata’s 10th professional contest, it isn’t something unusual for Japanese super talents. Many have won world titles in or before their 10th fight, including Naoya Inoue (sixth fight), Kazuto Ioka (seventh), Kosei Tanaka (fifth) and the two fighters who will meet in the main event, Teraji (10th) and Kyoguchi (eighth).

Iwata’s journey initially began when he took up MMA while he was in elementary school. However, when he beat the U15 boxing champion at the Misako Gym, he was encouraged by the late Hitoshi Misako to switch to boxing. 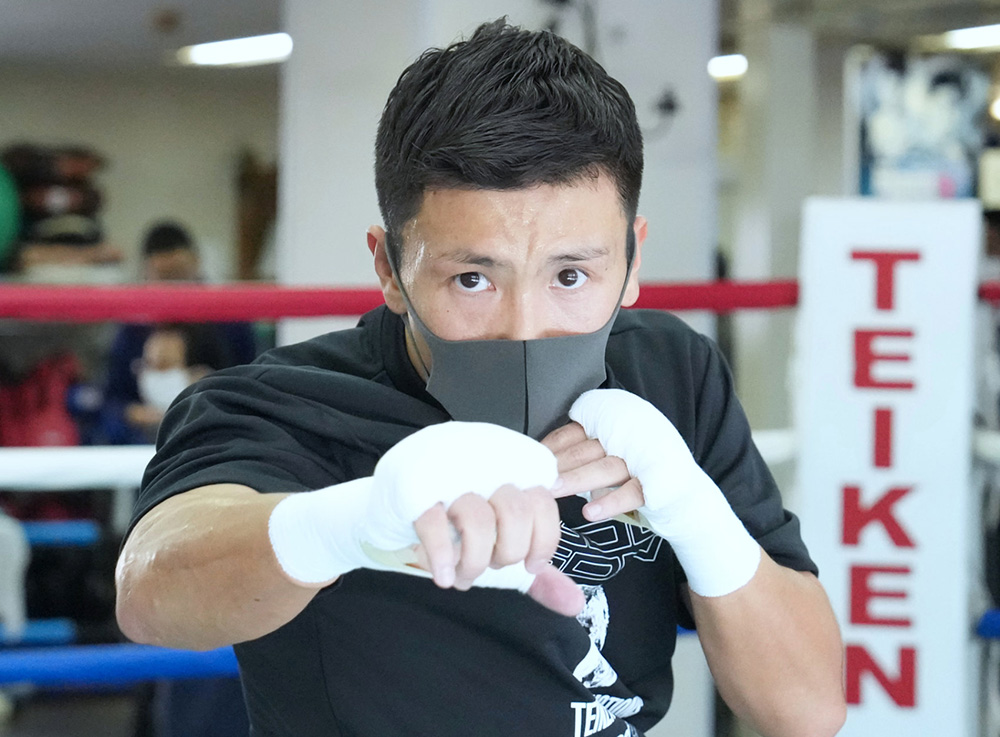 Iwata intends to take Gonzalez’s WBO belt and then win at least one more in his next fight. (Photo by Naoki Fukuda)

“It was an easy transition into boxing, as I liked punching more than kicking in the first place,” said Iwata. “I then won the second and third U-15 championships. I devoted myself to boxing in high school and university.

“I won the junior flyweight championship at Inter-High in my senior year [of high school]. I beat heavily favored Kosei Tanaka in the semifinals and Takuma Inoue in the final, both by decision.”

The Tokyo resident, who went 59-12 as an amateur, made his professional debut in Carson, California, on the undercard of Cecilia Braekhus-Aleksandra Magdziak Lopes in December 2018.

Since then, the 26-year-old has moved quickly, collecting the Japanese national title and prestigious OPBF championship and feels primed for his world title shot.

“I am gaining my momentum now, so the timing couldn’t have been better,” Iwata said confidently. “I know that Teiken Gym’s policy is to develop fighters carefully while allowing them to gain experience. I truly thank Mr. Honda for this opportunity at the best timing, neither too early nor too late for me. 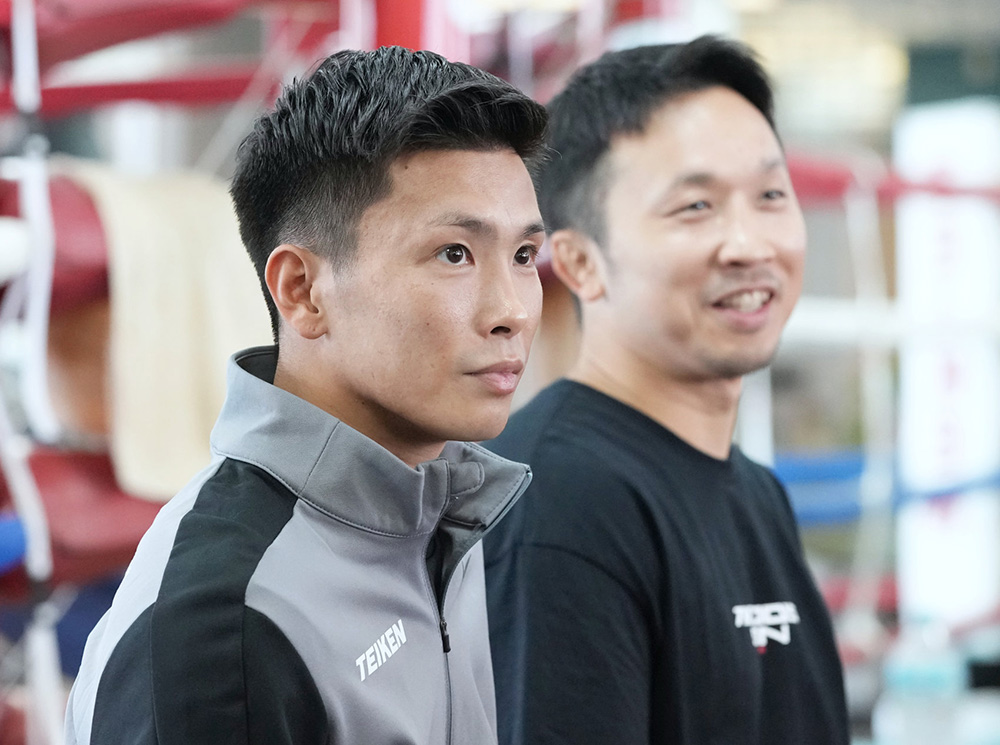 “For this showdown, I have constantly sparred with Ginjiro Shigeoka, and many other quality southpaws, including an amateur elite Ryusei Matsumoto, the former captain of Nihon University. Gonzalez is a diminutive southpaw figure, and Shigeoka (rated No. 8 at strawweight) is the perfect partner I can think of in Japan. Thanks to them, my preparation has gone so well.”

Although Iwata is focused on Gonzalez, he has aspirations of quickly unifying the division and then making himself a star.

“No doubt my next top priority will naturally be to face the winner of Kyoguchi vs. Teraji,” he said. “After I become a champion on November 1, we are likely to put it on the table with the winner. Or, I may call out the South African (Sivenathi Nontshinga) who became an IBF champ first, and then I can fight a greater unification showdown with my compatriot, also as a two-belt holder. It all depends on how I win against Gonzalez and also on the promoter’s plan, but I want to directly go for a unification fight in my next appearance.”

Gonzalez, who is rated No. 2, was a standout amateur, claiming three national titles as well as gold at the Central American & Caribbean games and World Youth championships. He turned professional in 2011 amid high expectations in Puerto Rico. After winning his first 13 fights, he came unstuck against hard-charging former titleholder Giovani Segura (KO 4) in 2013.

Our correspondent Hank Hakoda coordinated and translated this feature.

MORE FROM THE RING:

Kenshiro Teraji ready to box or brawl with Kyoguchi for championship – The Ring (ringtv.com)

Questions and/or comments can be sent to Anson at [email protected].