The Armory in Minneapolis – For the WBA “regular” super middleweight championship, David Morrell (8-0, 7 KOs) picked up a brutal knockout of unbeaten mandatory challenger Aidos Yerbossynuly (16-1, 11 KOs) in the twelfth and final round. (photos by Esther Lin)

In the first, Yerbossynuly came out pressing the fight and looking for the body. Morrell had the edge in hand speed and was landing the quicker punches. The hand speed of Morrell was presenting a lot of problems for Yerbossynuly, who at times was primarily going to the body. 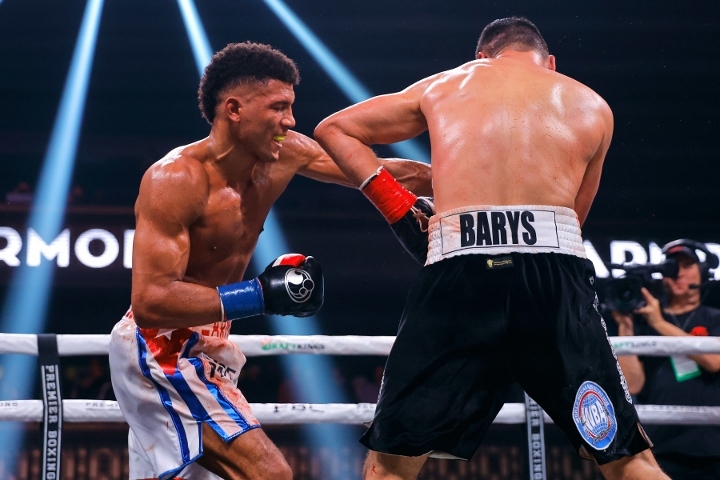 Yerbossynuly went back with the pressure and was throwing a lot of punches. Morrell was avoiding a lot of them and connecting with counters. The nose of Yerbossynuly was bleeding from an uppercut. Morrell edged out the third with the quicker landed punches. 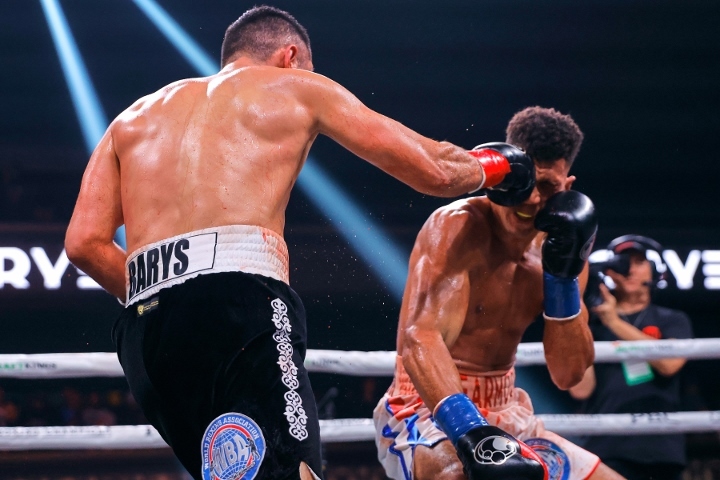 Yerbossynuly had shades of success in the fourth. He was countered by quick punches, but managed to connect to the body several times. They were trading on the inside at close range in the fifth. Yerbossynuly was doing well, with some punches able to get through. 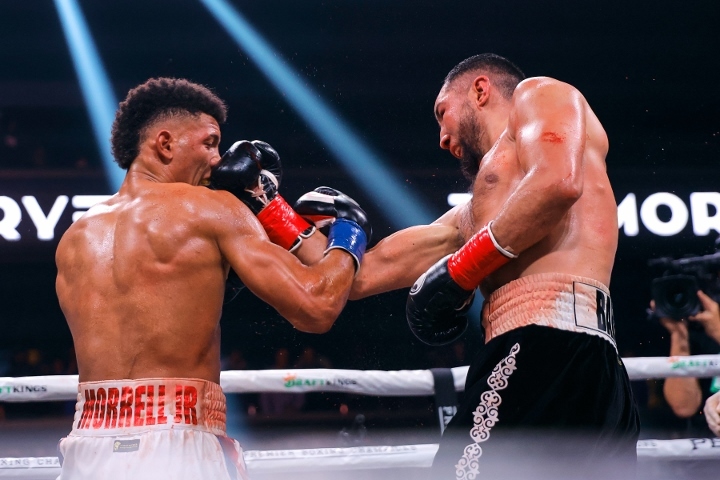 Morrell was pumping a hard jab in the sixth. He was outhustling Yerbossynuly with more landed punches. Yerbossynuly did well in the seventh, with his constant pressure starting to bother Morrell. In the eight, the Cuban stylist simply outboxed Yerbossynuly during the action. The same played out in the ninth, with Yerbossynuly doing well but getting outhustled. 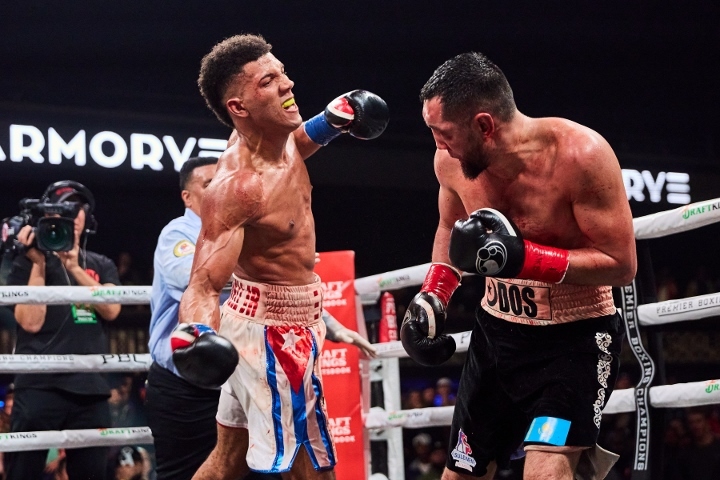 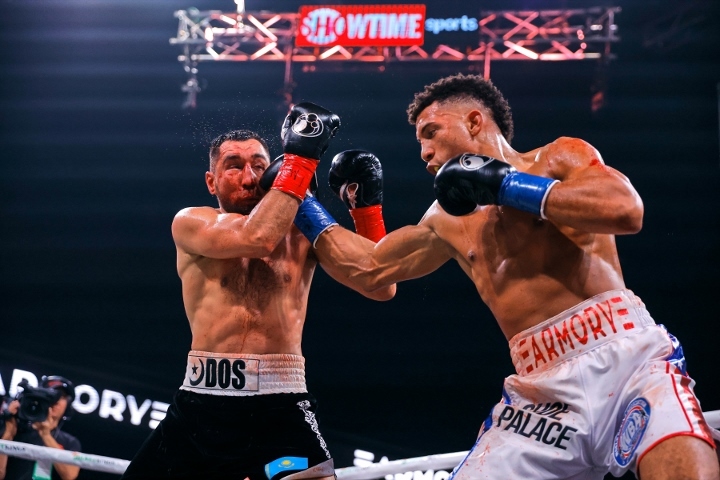 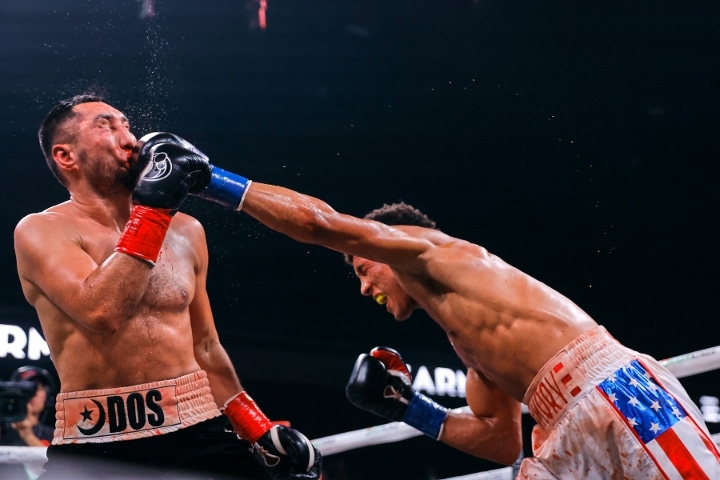 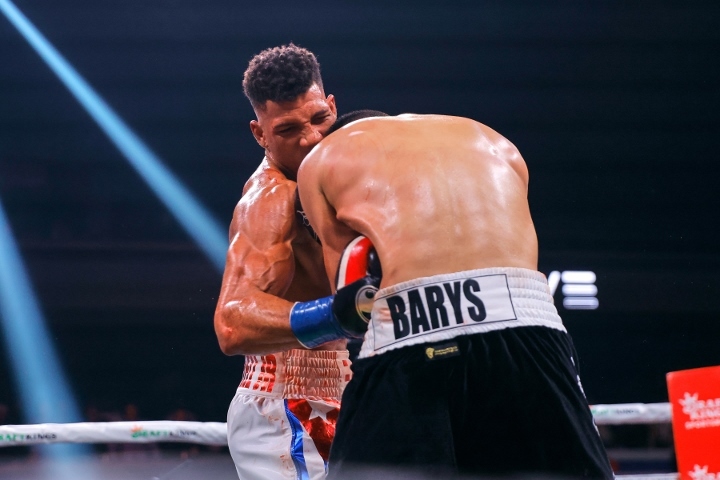 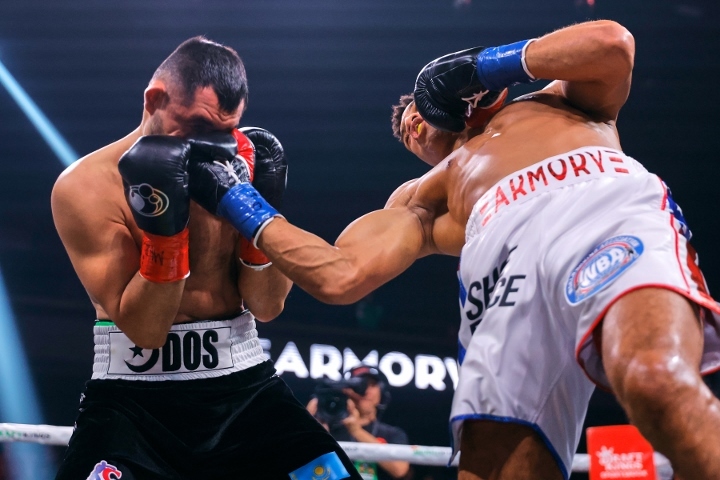 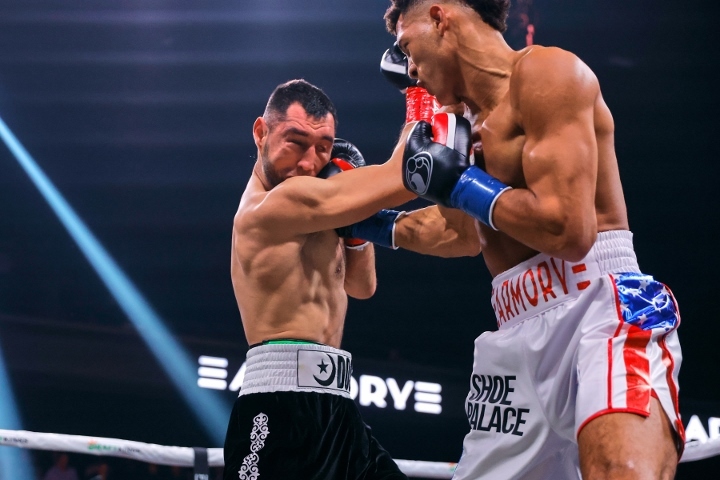 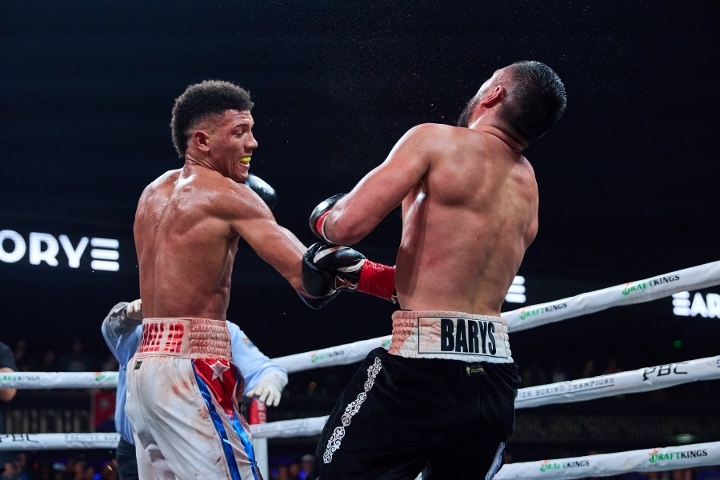 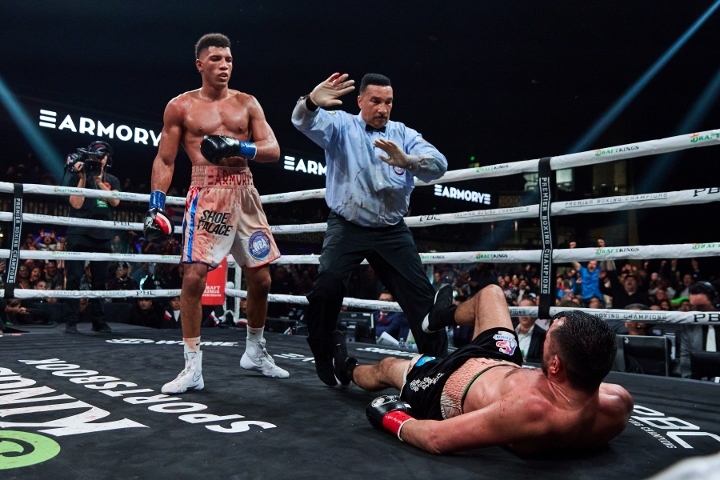 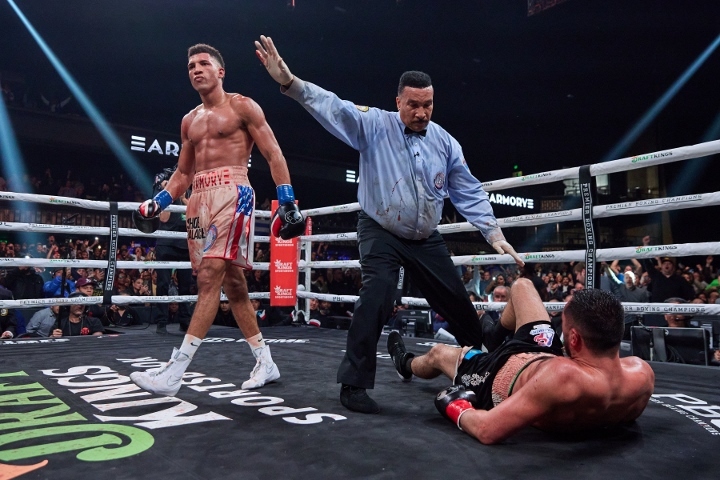 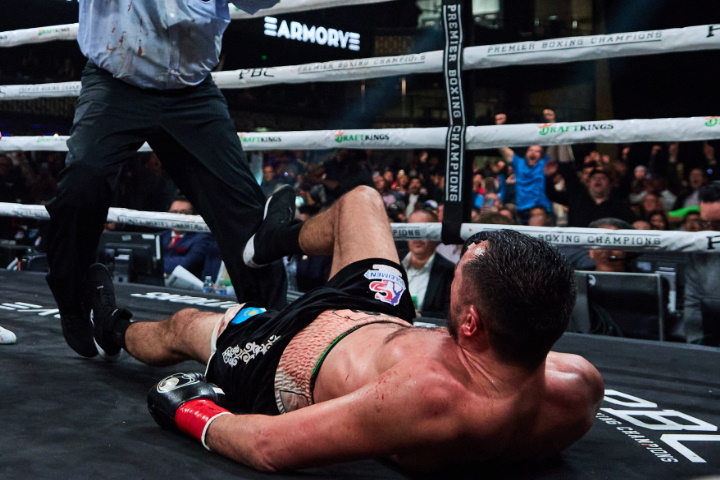 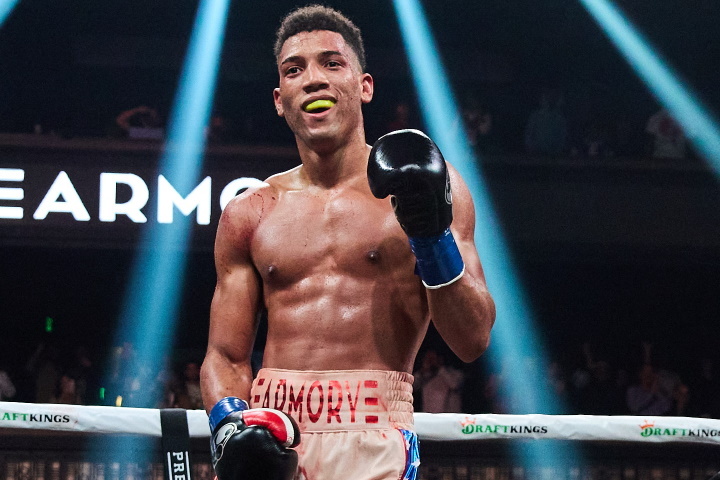 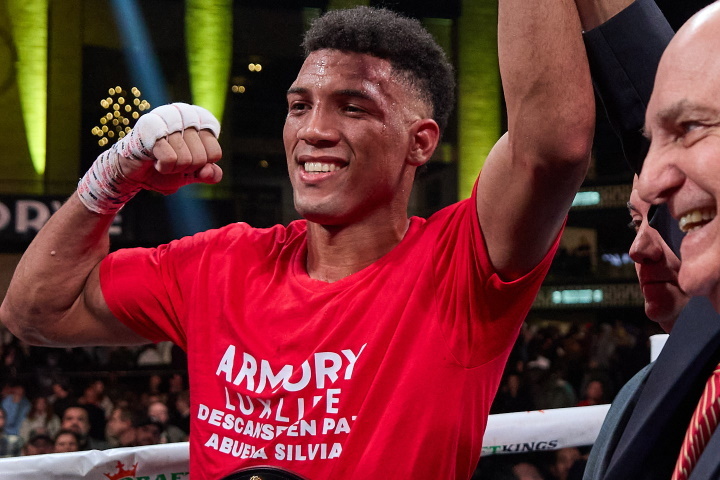 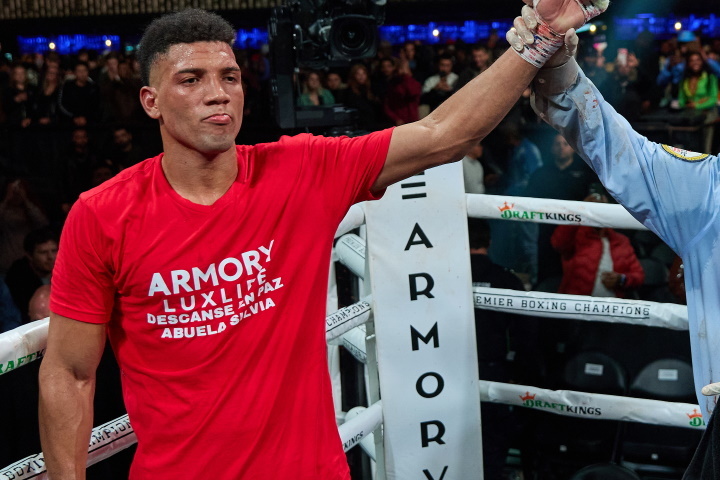 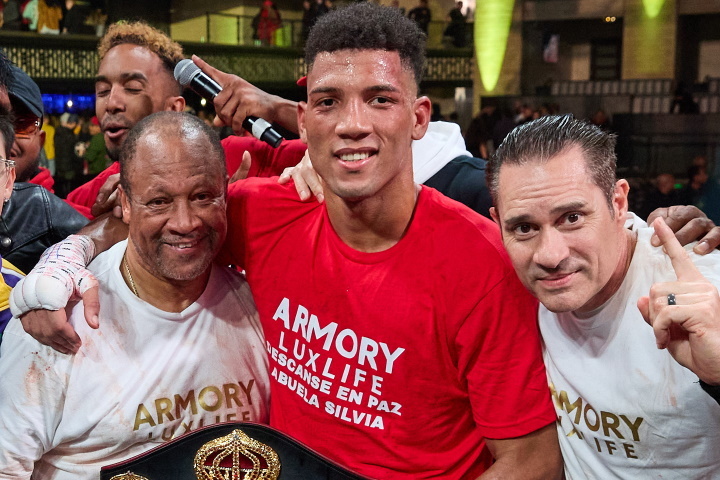