Jose Zepeda walks to the ring before his fight against Josue Vargas on October 30, 2021, in New York City. (Photo by Mikey Williams/Top Rank Inc via Getty Images)

Jose Zepeda has overcome obstacles thrown at him throughout his career, in and out of the ring. That was the case on Monday, when the car he was traveling in on his way to an open workout crashed. The car was a total loss, but Zepeda was able to walk away with no injuries.

“Sorry about that,” Zepeda replied in a tweet to Marcos Villegas of Fight Hub TV. “[I] had a little accident but I’m good. We are 100% ready to go! And staying focus.”

In the mind of Zepeda, a car accident may not be as bad as the war he had against Ivan Baranchyk or as overwhelming as the bruising and aggressive style of Jose Ramirez.

In his goal to become a world titleholder, Zepeda will also have to overcome the obstacle that is Regis Prograis Saturday night at Dignity Health Sports Park in Carson, California. The 12-round bout, for the vacant WBC junior welterweight title, will stream live on Fite.tv Pay-Per-View ($59.99, 9 p.m. ET/ 6 p.m. PT).

Zepeda checks the chin of Kendo Castaneda, whom he defeated by unanimous decision in July 2020. (Photo by Mikey Williams/Top Rank via Getty Images)

The clash between Zepeda and Prograis is expected to be a firefight between two of the strongest power-punching fighters at 140 pounds. The fight also is an attractive matchup between two fighters ranked in the top 5 by The Ring. Prograis and Zepeda are ranked No. 1 and No. 3, respectively.

Zepeda (35-2, 27 knockouts), who currently resides in the Los Angeles suburb of La Puente, has not fought since a first-round knockout victory over Josue Vargas on October 30 of last year. Zepeda has won his last five bouts since a very close majority decision loss to Ramirez in February 2019.

Saturday will not be Zepeda’s first attempt at a world title belt. In July 2015, Zepeda challenged then-unbeaten WBO lightweight titleholder Terry Flanagan. During the second round of the fight, the southpaw Zepeda suffered a freak injury when his left shoulder dislocated while throwing a punch. He had to quit on his stool after the round ended.

A move up to 140 pounds, overcoming four knockdowns against Baranchyk two years ago, and positioning himself to a world title fight was quite the journey for Zepeda.

“I’ve been through a lot,” Zepeda told The Ring Wednesday night. “I’m ready mentally and physically. Experience-wise, I believe going through that ‘Fight of the Year’ with Baranchyk and the close fight against Ramirez will be the difference.” 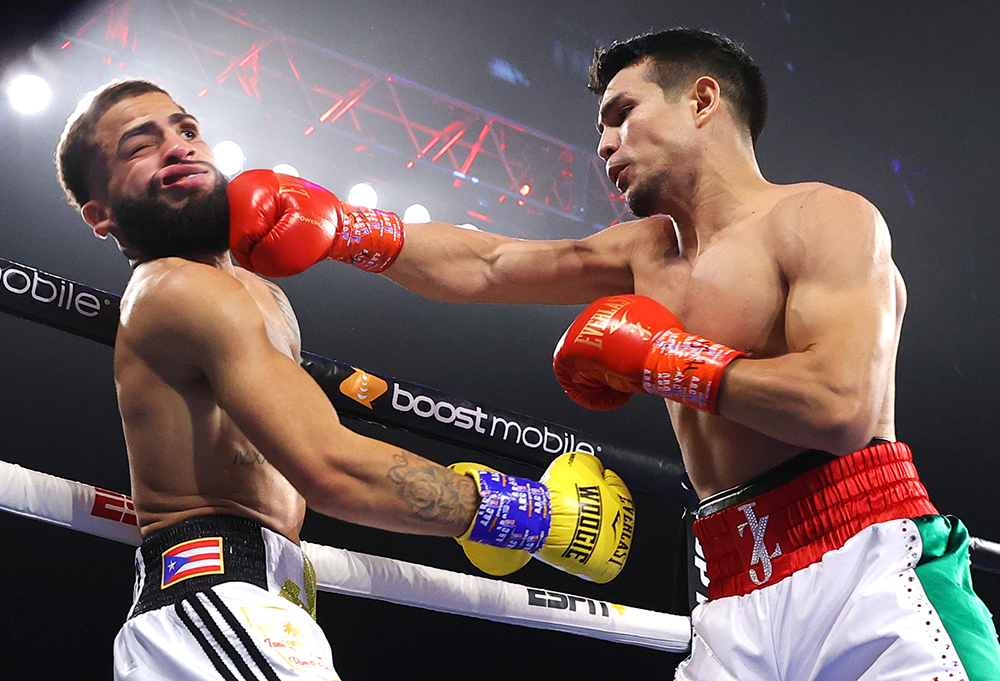 Zepeda only needed a little more than half a round to stop Josue Vargas. (Photo by Mikey Williams/Top Rank Inc via Getty Images)

The 33-year-old has always possessed a solid skill-set to compliment his power. What he admits he lacked was confidence and a strong mental state to carry him through fights. That was evident in his fight against Carlos Diaz in June 2018, when Zepeda was dropped in the fourth round. Zepeda was able to overcome the knockdown to stop Diaz in the fifth.

Zepeda’s confidence is now at an all-time high and he is in a different state of mind compared to where he was several years ago.

“I felt I wasn’t given the credit I deserved,” said Zepeda, who is trained by brother Rene and managed by Rick Mirigian. “It controlled me. I kept thinking that maybe I was an underdog and I was believing what people thought about me. I was the underdog against Baranchyk, (Jose) Pedraza and Vargas. I’m totally fine with being the underdog against Regis. The difference now is that I have much more confidence in myself and what I’m capable of doing.

“I’ve had this dream of being a world champion since I was a kid. Fighting [as an unbeaten prospect on club shows] at the Quiet Cannon (in nearby Montebello), I wasn’t sure if I was going to continue on that path. I only had 16 amateur fights. I doubted myself against unbeaten fighters, Olympians or those amateurs with 200 fights. Never did I think I’d be in the position I am now where I’ve devoted 100 percent as a fighter and [am] one win away from a world title belt.”

Standing in the way of that title is Prograis (27-1, 23 KOs), who has already held a world title at 140 pounds. Also 33, Prograis has won his last three bouts, all by knockout, since losing to Ring Magazine champion Josh Taylor in October 2019.

Regis Prograis: “I’ve been training for Zepeda for three years”

It is a difficult task to defeat Prograis, but Zepeda believes he has the capabilities to pull off the victory.

“Regis is a great guy, and he has heart,” said Zepeda, who is promoted by Top Rank. “The Taylor fight was very close. Taylor fought Ramirez in a close fight. I don’t think he has fought someone that can box like me. I’ve fought the better opposition. I know he hasn’t been as active as I have been or [faced] the [kind of] opponents I’ve faced. 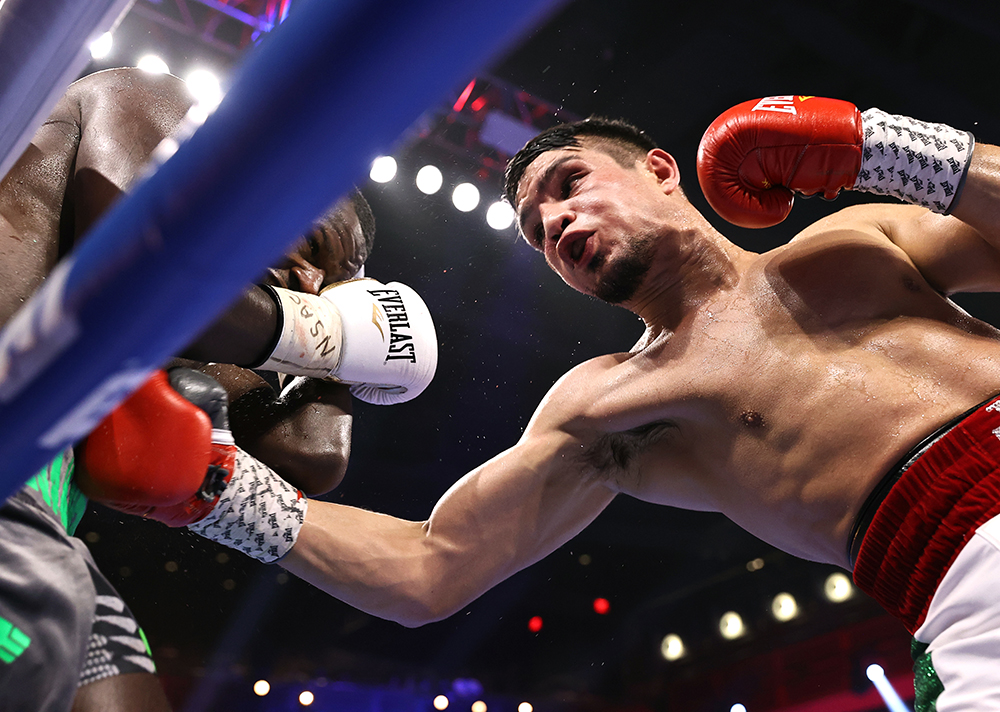 Zepeda digs into Hank Lundy’s body during their fight on May 22, 2021, in Las Vegas; Zepeda won by UD. (Photo by Mikey Williams/Top Rank Inc via Getty Images)

“Some of the things I went through in my career made me a better fighter. I learned from the Ramirez fight [that if] I had been prepared better and was in a better mental state, I would’ve won outright. I was beating him for six straight rounds and he was slowing down. I’ve showed in my last couple of fights how strong I am, mentally and physically.”

Zepeda may be the underdog going into the Prograis fight, but he’s not the same man who faced Flanagan and Ramirez.

“I can do more than take punishment. I can give it right back. I believe my time is now and I will be victorious on November 26.”

Francisco A. Salazar has written for The Ring since October 2013 and has covered boxing in Southern California and abroad since 2000. Francisco also covers boxing for the Ventura County (California) Star newspaper. He can be reached at [email protected]

Ryder: I Saw Jacobs Fight As Last Chance Saloon; For This One, Here To Embrace It And Enjoy The Moment